Patricks terminal Melbourne has received industrial action notices from Maritime Union of Australia (MUA) for 12-hour stoppages every Monday, Wednesday, and Friday for the month of October in addition to a ban on overtime and shift extensions. We are currently expecting a delay of 5-6 days on average for October for our vessels calling Melbourne.

Samsung Heavy Industries held a naming ceremony for the world’s largest container ship at its Geoje yard on Wednesday.

The 20,150 TEUs MOL Triumph is the first of four ultra-large container ships being built for MOL of Japan. The vessels were ordered in February 2015, and steel was cut for MOL Triumph in January 2016.

MOL Triumph has a length of 400 meters, breadth of 58.8 meters (193 feet) and depth of 32.8 meters (108 feet). The ship boasts an array of energy-saving equipment designed by Samsung Heavy Industries including propeller, rudder valve and stator.

MOL Triumph will be delivered on March 27 after preparation for her maiden voyage are complete.

Previous record holders based on TEUs are the MSC Oscar, MSC Oliver, MSC Zoe and MSC Maya at 19,244 TEUs and 395.4 meters (1,297 feet) long and built by Daewoo Shipbuilding and Marine Engineering.

Samsung Heavy Industries expects to deliver 10 container ships of around 20,000 TEU capacity this year. The shipyard received an order for six 21,100 TEU-class ultra-large container ships from OOCL (Hong Kong) shortly after the MOL order in 2015. 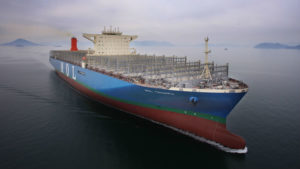 As many of you may already know Lunar year is approaching, the dates below will be when offices will be closed:

Below is a little fact about this years Rooster Lunar year 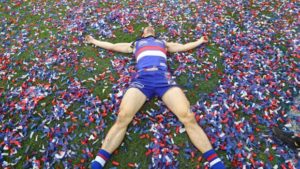 Please be aware there is a Public Holiday in Melbourne for the AFL grand final on Friday 30th September.

Offices will be closed for business, so make sure to get up to date before the closure. 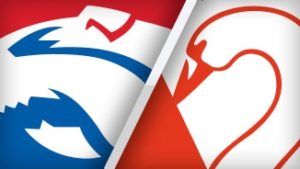 Feedback from our clients

It is my greatest pleasure to take this opportunity to recommend Nautica Global Forwarding Aust Pty Ltd. Over the past 3 years we have seen an outstanding improvement with Nautica’s input and assistance in ensuring our delivery service is second to none.

Nautica has extensive knowledge and contacts within the transport industry and these factors have contributed to many happy customers.